An undersized Russian Blue kitten named Archibald, one of the newest kitty model interns at the company, took a few timid steps forward. “Meow…” he directed to Tabs in a little voice, Um… “Meow-wow?” Sir, does this mean the party’s over?

Tabs turned toward the much smaller kitten.

“Meow…” the tiny cat continued. It’s just that… “mrowwww.” I’m supposed to call my mommy cat to pick me up when the party’s over, and, um…I’m hungry.

Tabs furrowed his brow. This was a travesty. It was supposed to be a night of celebration and teambuilding for the next generation of great kitty supermodels at Tabs the Cat Industries, LLC. Instead, there was a thief in their midst, the caviar was missing, the ice sculptures were melting, and kittens were hungry.

Tabs handed Archibald his diamond-encrusted iPhone and told the kitten to dial his mommy cat for a ride home, then turned back to the detective.

“Meow!” Tabs barked at the detective. This is a travesty!

The detective nodded, then approached Tabs and guided him out of earshot of the other cats gathered around. “Do you know of anyone who would want to sabotage you, Tabs?” the detective whispered.

Sabotage? Tabs thought. Of course there were cats out there who wanted to sabotage him. He was a Cat Academy Award-winning actor, feline philanthropist, entrepreneur, and the most successful kitty supermodel in Northern California. You didn’t get where Tabs has gotten without making a few cat enemies.

“Anyone who was at the party?” the detective asked.

Tabs pondered the question, looking out across the crowd. They were mostly inexperienced kittens, hopeful tabbies, torbies and Persians. Tabs didn’t think any of them would stoop to thievery to…

He noticed Linus the kitten, the calico intern, emerging from behind the large redwood tree in the center of the circle. He was looking around nervously and dusting off his fur. Tabs glanced at the detective, who gave him a knowing look, and the two of them slowly walked toward Linus, taking flanking positions. Tabs slowly circled around behind Linus to get a look behind the tree.

There were scratches leading up the trunk to the lowest set of branches about 10 feet off the ground.

“Linus, is it?” the detective asked. Linus was visibly struggling to appear relaxed, but the detective noticed the kitten’s tail twitching.

“We’re asking all the attendees at the party,” the detective continued. “where were you when the caviar tray disappeared?”

“Mrow…” Linus feigned looking confused. Oh…I was over there. He gestured toward the other end of the large lawn.

Back at the base of the tree, Tabs had positioned himself out of view of the others, including Linus and the detective, and quickly climbed the tree up to the lowest branches, hauling himself up. Right there in the nook of the tree was the silver caviar serving platter. Jackpot! 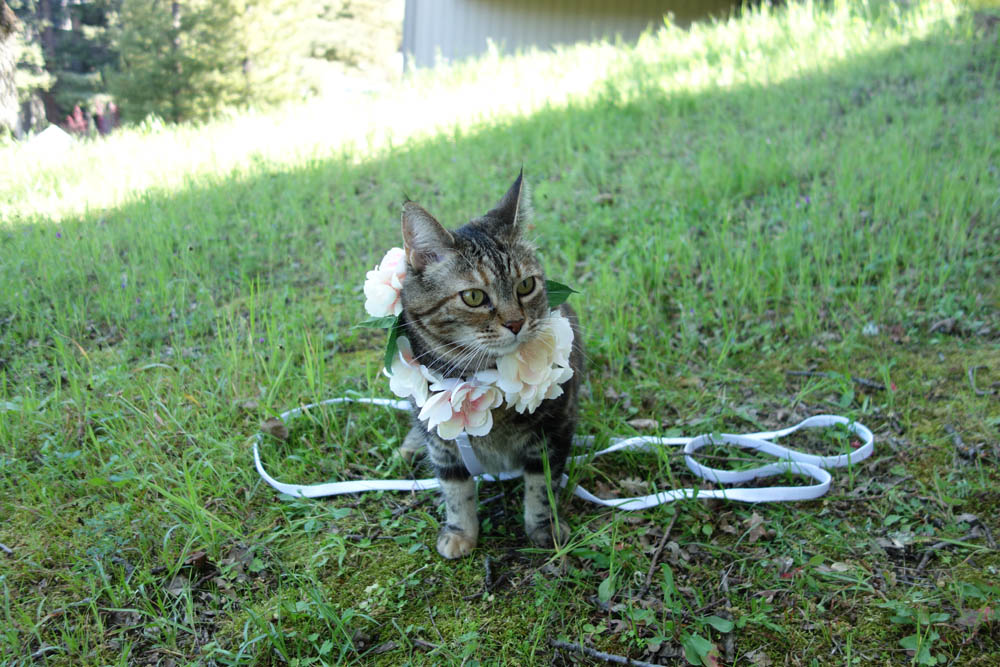 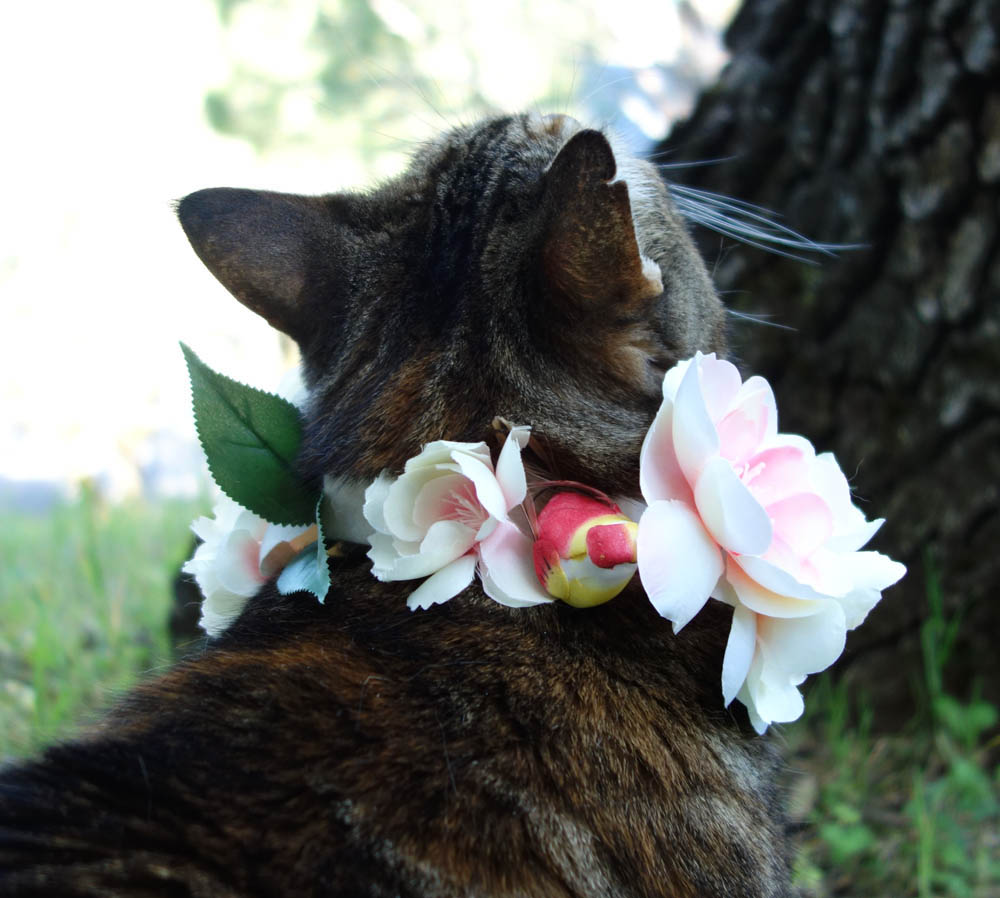 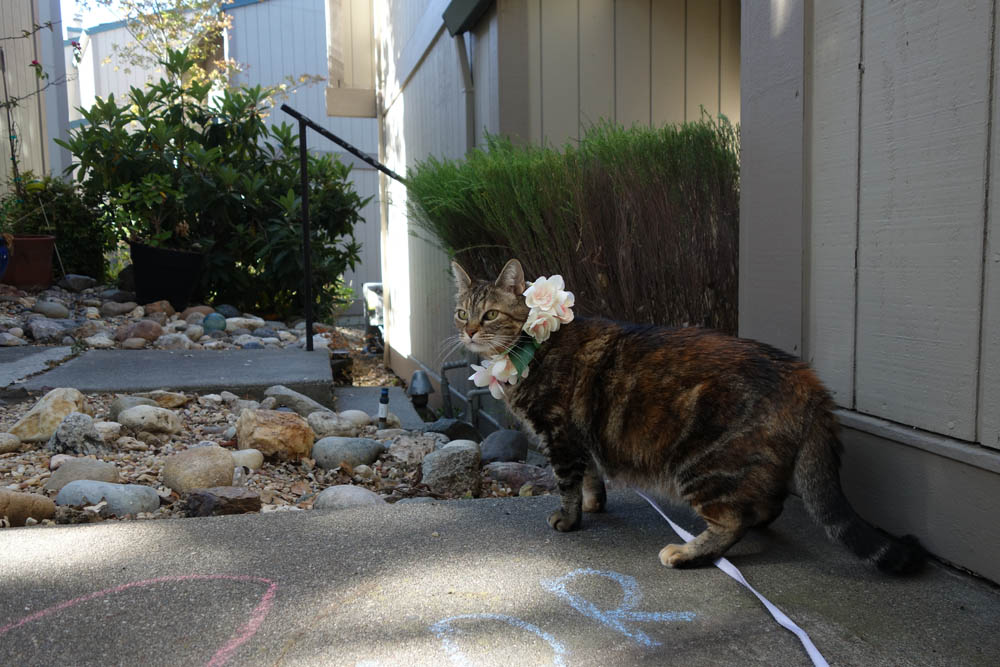 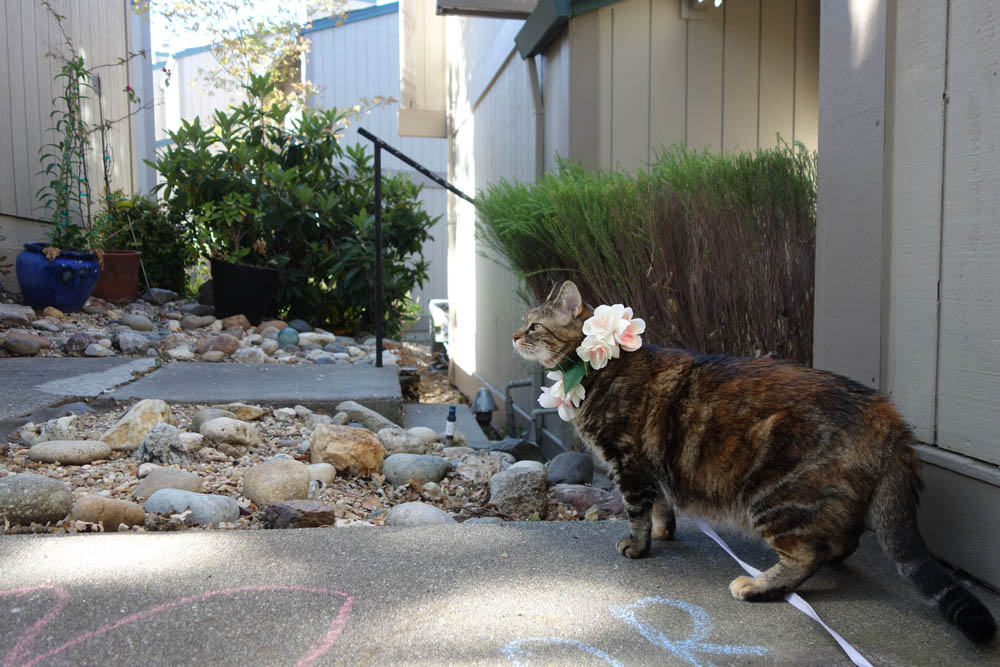 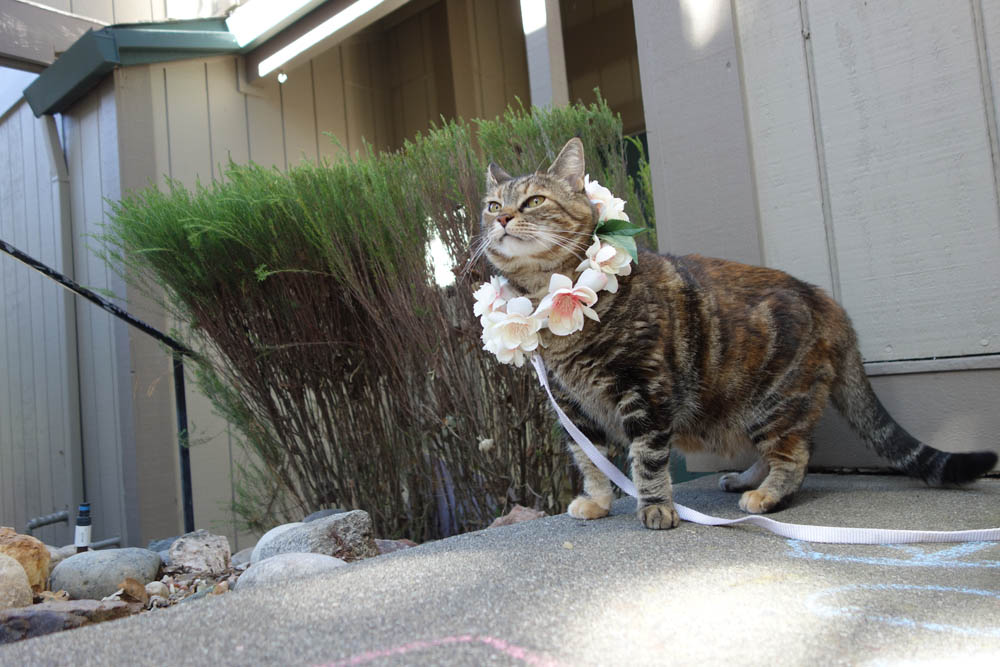 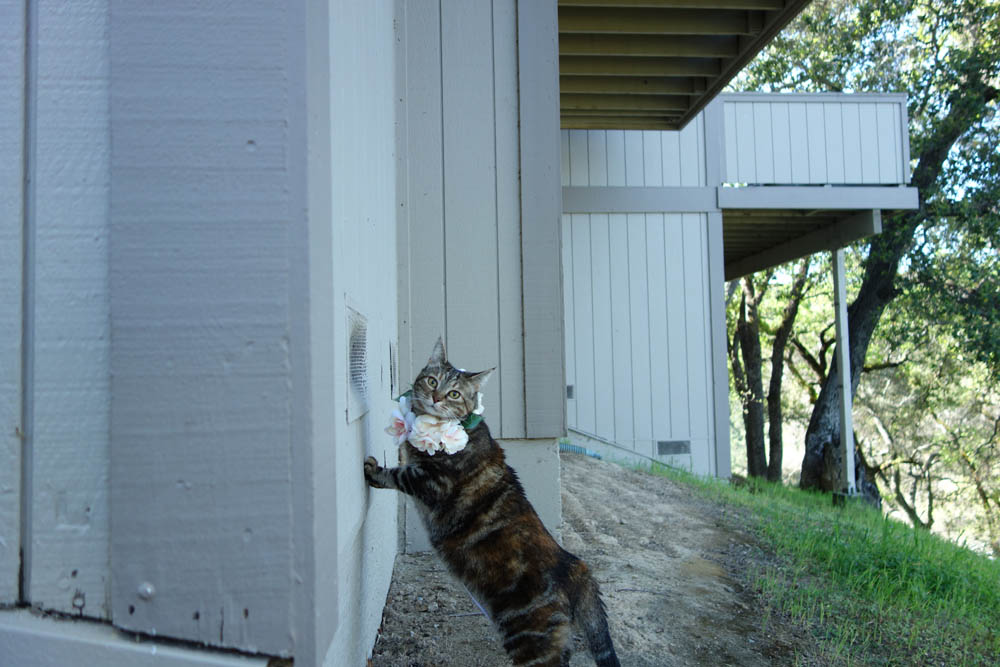 Does price indicate quality in your experience?

Makeup Musings: Finishing a Bottle of Nail Polish, and When Small Acts of Love Are the Big Gestures